How the Brain Gets Addicted to Gambling 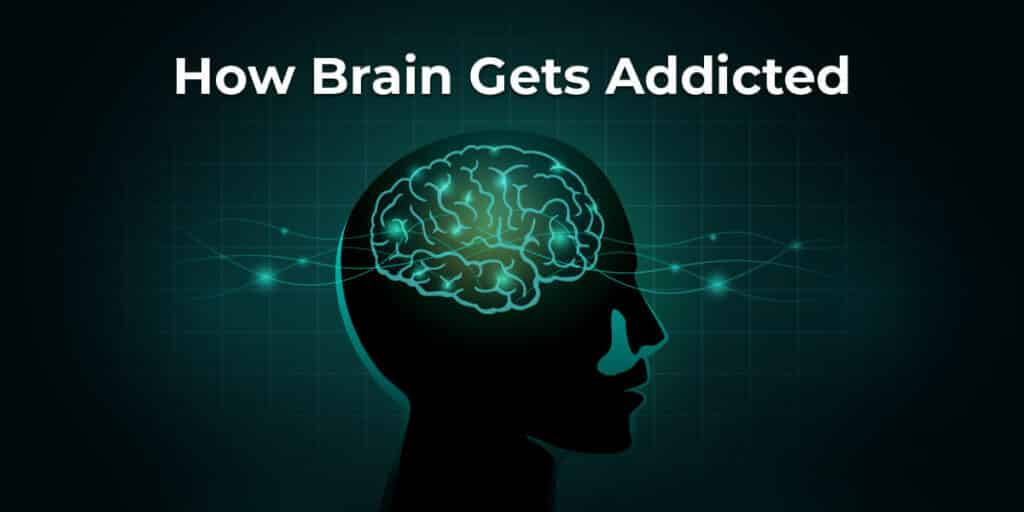 Not everyone who gambles becomes addicted, which makes this problem particularly tricky. But scientists have conducted numerous studies and come up with a clear image about gambling addiction. Read on if you want to educate yourself on what makes gambling addictive.

One may think it is easy to become addicted to making easy money but the truth is, most of the times gamblers don’t even win. So why do they keep on playing?

Excessive gambling can dramatically alter how the brain sends chemical messages. It activates the reward system in a powerful way, making the player think they’re doing well even when they are losing. Thus gambling bypasses rational thinking, triggering a range of strong emotions the player can get addicted to, much like in the case of substance addiction.

What happens in the brain of a gambler

The reward system of the brain, also known as the ventral striatum, is a very important part of addiction of any kind. It consists of neural circuits connected to various regions of the brain, notably the memory, motivation and pleasure centres.

When we engage in enjoyable activities such as eating our favourite food, receiving a compliment, having intercourse, or winning a game, our brain sends signals via neurotransmitters. The main neurotransmitter in the reward system is dopamine and when enough of it is released in the brain, we experience pleasure, euphoria, and we feel motivated to do that activity again.

How gambling impacts the reward system

Dopamine is released in the reward system by up to 10 times more than naturally rewarding experiences Similarly to how substance addicts develop tolerance and need more of the substance to have the same ‘high’, problem gamblers also lose sensitivity to the high they get from winning, as a 2005 study from Germany shows. Thus, they end up betting more often, wagering higher amounts of money, or placing riskier bets to feel pleasure.

The reward system is also connected to the prefrontal cortex via neural pathways that weaken when the brain is flooded with dopamine for long periods of time. When these pathways become weakened, the gambler has an increasingly hard time controlling their impulse to gamble.

This is backed up by a 2003 study at the Yale University and one conducted in 2012 at the University of Amsterdam. These show that pathological gamblers have unusually low levels of electrical activity in the prefrontal brain regions responsible with risk assessment and instincts suppression.

The psychological factors that make people keep on gambling

Aside from neurochemistry, psychology also plays a big role in gambling addiction. There are five factors that push at-risk gamblers to keep on playing to the point where they become addicted:

Why only some people become addicted

Many people enjoy playing a game of chance now and then because they like the occasional rush of excitement. And if they do not win, it still remains a pleasant social activity.

One of the things that make gambling addictive is the frequency with which it is done. Someone who gambles from time to time for fun with friends should be safe, in most cases. Meanwhile, someone who engages in this activity on a daily basis will eventually develop an addiction.

However, some people are genetically prone to gambling addiction. The two main genetic predispositions for impulsivity and reward-seeking behaviours are:

While the activity in the prefrontal cortex may be slowed down by gambling itself, some people have just been born this way. These people are more inclined to make impulse decisions, and so they’re likely to gamble excessively.

People who are born with an underactive brain reward system will have a hard time experiencing euphoria or pleasure from average experiences. They resort to activities that give them more dopamine in order to feel a satisfactory amount of euphoria. These activities may include taking drugs or gambling compulsively.

Luckily, gamblers are not doomed. There are numerous effective addiction treatment options, among which therapy and rehabilitation programs work well. If you’re experiencing a potential gambling disorder, start by reassessing your priorities and reach out for help. The first step is opening yourself to someone close.

Gambling addiction works in many ways just as substance addiction and both genetic predispositions and the individual’s own choices lead to this severe problem. Scientists are still researching and trying to better understand how the brain works when it comes to addictions and improve the treatment and therapies recommended nowadays.

There has been lots of progress in this area, but, unfortunately, about 80% of gambling addicts never seek treatment. Even worse is that 75% of those who do seek help go back to gambling.

Prevention is utterly important and gambling responsibly can help avoid this very serious issue. We try to limit the risk of gambling addiction by making sure top online casinos in Canada have the necessary Responsible Gaming tools. Most importantly, players need to understand that by using self-limits, they minimize addiction risk and maximize their enjoyment long term.