Gambling rituals, superstitions, and symbols of luck around the world 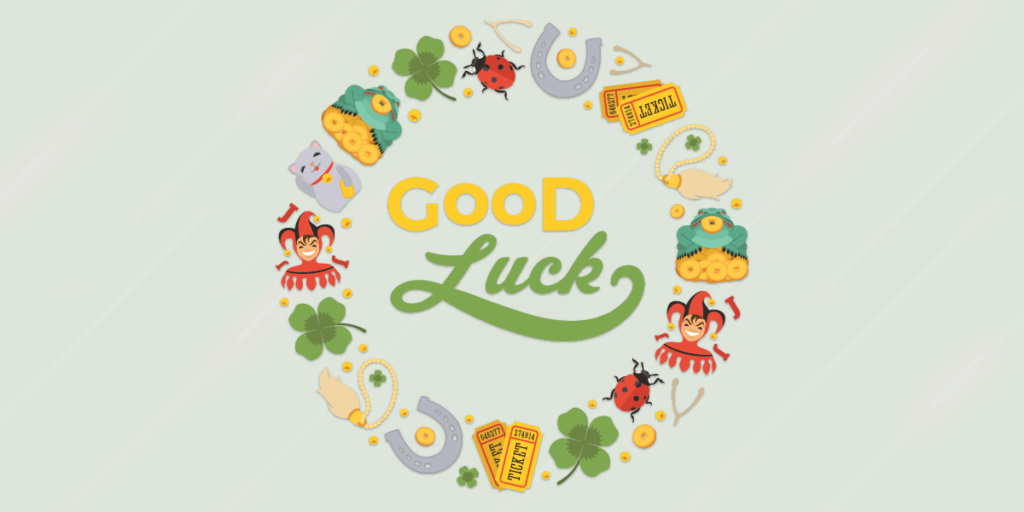 Regardless of whether we’re talking about a game of skill or a game of chance, players will always consider that the outcome is largely related to fate, which can be enhanced with good luck rituals for gambling.

So, they came up with all sorts of rituals and symbols of luck, that supposedly attract more winnings on their side.

Despite being regarded as unscientific, these lucky charms have a deep connection with spirituality, and some gamblers view them as a way to “maximize” their best casino odds.

Good luck charms are objects, symbols, or animals that people correlate to favourable or blessed events. They believe that carrying a charm with them is guaranteed to bring them abundant wealth and happy moments. There are countless mystical objects that people have been using to bring luck for thousands of years. Here is a list of the most popular ones:

The Irish four-leaf clover symbol originates from the days of the Celts. The druids believed that these plants held magical powers that could protect them from misfortune.

This symbol is associated with feelings of love, hope, faith, and luck. In today’s world, it is a good luck symbol that represents good fortune.

Even though there are many types of clovers with four leaves, only one variation of it is believed to carry magical powers – the white clover or Trifolium Repens.

Have you found one? You’re in luck!

The actual chances of finding one with four leaves are 1 to 10000. Actually, it is quite easy to distinguish the real four-leaf clover from the other types because the fourth leaf is smaller in size than the other three.

With such odds, if you find one, you can bet on its ‘good luck’ enough to bring it to the casino!

Attached to voodoo practices, the African Americans considered that the hind foot of a rabbit brings luck and protects them from evil spirits.

However, the Rabbit Foot charm can be found in many cultures around the world, including Europe, China, and Africa.

Acquiring it may be harder than you think

According to the legends, in order to obtain this enchanted object, the rabbit should possess certain abilities and must be killed in a certain way or location.

Nowadays, these actions would be classified as animal cruelty. So, next time when you think of a rabbit foot as an item that brings you luck from a gambling superstition, redirect yourself towards a fake one, so no animals are hurt in the process.

As one of the most beautiful natural events known to humanity, the rainbow symbol is associated with many different things, including peace, luck, and good fortune. Legend says that at the end of the rainbow you will find a pot of gold and other countless riches.

Why is the rainbow considered lucky?

While in some cases it is associated with leprechauns (tiny creatures that are protecting the treasure), the popularity of rainbows as symbols of luck stems from the Bible. According to the Holy Book, after the world was previously destroyed by a devastating flood, the rainbow appeared as a sign through which God promised that he will never flood the Earth again.

Ever since humanity managed to domesticate horses, people have tried to create different ways to protect the animal’s hoofs, which later evolved into the horseshoe we have today.

The reason why they are considered lucky is that they were generally made out of iron, which was considered to keep the evil spirits away. Horseshoes are shaped like the crescent moon, which was also a scary event for our ancestors.

According to a legend originating back in the 900s AD, the devil asked a blacksmith called Saint Dunstan to shoe his horse. Instead of doing his job, Dunstan nailed the horseshoes to his hoofs and refused to take them off until the devil promised to never come back to his house and ensure his good fortune.

This is the reason why people place a horseshoe on their front door – to gain protection against evil and malady.

For many Asian cultures, the animal is holy, and it is considered that having an elephant charm facing your door will bring good luck to your home.

Where to place it to attract more luck?

Many Asian businesses have these animals at the entrance to attract more customers, and people from all over the world have elephants in their houses because they believe that it is one of the most powerful symbols of good fate.

And it can also count as one of many gamblers’ good luck charms for winning at an online casino!

In Turkish culture, the evil eye (or Nazar) is an amulet that supposedly protects the wearer from ill-intentioned people. These symbols of luck have no religious significance, and they are widespread in most cultures.

The Nazar is a blue beaded jewel made from glass and worn for good luck on different clothes and accessories, such as earrings or bracelets.

The legend goes that this talisman protects you by capturing the negative energy coming from people that give you the “evil eye”, which refers to those that desire your misfortune.

Apart from using the lucky charms, gamblers can often be seen performing certain so-called “good luck” rituals before placing a bet, in order to improve their winning odds.

Blowing on the dice

This ritual is the most popular among table gamers.

Many casino movies have a scene where gamblers only cast their dice after their partners (generally women) have blown on them. Even so, there is no scientific evidence that doing this has any impact on the outcome of the dice, and historians weren’t able to identify the origins of this ritual.

Many people knock on wood to increase their luck or protect themselves from negative energies.

Where does this come from?

This superstition comes from the ancient belief that good spirits live inside the roots of the trees. Thus, the action of touching a tree is considered a way of acknowledging the plant’s supernatural powers, and the spirits will protect you from bad luck.

Christians also enculturated this ritual as an act of reverence to Jesus Christ, who was crucified on a wooden cross.

In traditional Chinese society, red clothes are considered symbols of luck, joy, and wealth. This is the reason why the wedding colour accepted in China is red.

Many gamblers go to the casino wearing red because they consider that this is a legit way to increase their odds. However, there is no scientific evidence that doing this has any impact on the outcome.

This is a medieval Christian practice of making the cross sign to protect themselves against witches and other supernatural forces.

Others have theorized that it originates from a pagan ritual where the cross sign is seen as a powerful force that makes people’s wishes come true thanks to the high concentration of holy spirits that it holds.

Gamblers cross their fingers before placing a wager, hoping to get the most favourable outcome and fill their pockets with cash.

Some gamblers use “magic spells” to improve their chances of winning. There are a lot of these abracadabras that players use to improve their luck, such as lady luck, gambling superstition photo potion, or the money gold charm.

Lucky charms birthed from gambling superstitions or the placebo effect?

Of course, there is no clear evidence that magic works, but there are many people that have reported improvements in their outcomes by using these good luck rituals.

Are any of these good luck rituals real?

Nowadays, advancements in science and technology have proven that there is no foolproof gambling superstition ritual that can guarantee your success.

After all, modern casino games are using a Random Number Generator software which ensures that they can’t be rigged, which means that all players generally have equal chances unless there is skill involved.

We raise the stakes of good luck with the greatest online casino bonuses that can extend your playtime and bring you additional chances of winning.

Apart from using symbols of luck and rituals, gamblers also have some superstitions that they use to protect themselves from bad luck. These practices are fairly common in land-based casinos and are part of the gambling culture.

Our team has explained some of the most popular superstitions that you might come across:

Counting your winnings while you’re still at the table is considered a bad practice and can result in losing your future rounds.

This belief comes from the saying “pride comes before a fall”. However, many believe that being able to control your urge to count your earnings while you’re at the table makes you look more mannered.

This superstitious belief originates from the days when the mob was ruling Las Vegas. During this period, it was rumoured that the mafia buried their victims in the desert with 50-dollar bills in their pockets.

For this reason, some casinos reject payments made with $50 bills, as it is considered that they bring bad luck.

Crossing your legs when placing a bet is believed to not bring any good luck for gambling, which makes this superstition the opposite of crossing your fingers.

This action is considered by many the equivalent of crossing someone’s luck, but in reality, it helps people maintain a correct position for a straight back.

However, you should avoid crossing your legs, because other players at the table might think that you want to interfere with their good luck.

A common superstition, especially in Asian countries, is that your chances of winning are lowered if you enter the casino through the main entrance.

This belief originates from the days when MGM Grand casino posted its trademark lion at the entrance, and players had to go inside through its jaws.

During this time, people were avoiding the front entrance and were entering the casino floor through the side door. The operator noticed that people disliked the lion entrance, so he changed it, but a large percent of the customers were still using the side entrance.

This is what led to the misconception that entering the casino through the front door may bring bad luck.

There are certain numbers, such as 13, that gamblers avoid because they are considered bringers of bad luck or even death. Many people are taking this seriously, and some of them even develop a phobia for them, which is called arithmophobia.

Statistics show that these unlucky numbers are rarely betted on roulette. Other businesses, like airlines or hotels, also avoid using these numbers so they don’t scare off their customers.

One thing that you should remember is that winning in the casino is never guaranteed!

Many factors can influence the outcomes of a game, but there is no scientific evidence that any of the symbols of luck, rituals, or superstitions can truly change the outcome of a bet.

Luckily, there are ways through which you can enhance your experience, excluding gambling superstitions, like welcome bonus codes or mathematically proven strategies.