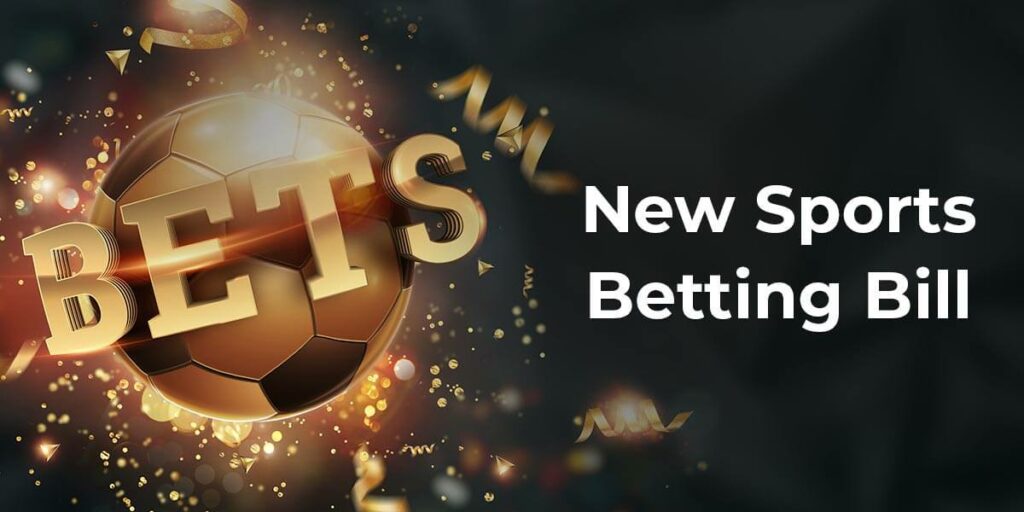 Forget all about offshore sites for your sports bets! Bill C-218 will allow Canadians to bet on single events legally. Here’s the story told by our experts!

Motivation behind the bill passing

The bottom line that toes all the pro-arguments of representatives together is the solid economic factor behind it.

From the analysis done in the past 5 or 6 years, Canadians spend staggering amounts of money on unregulated sports betting, up to 14 billion USD.

Unfortunately, unregulated cash flows sustain the black market and other criminal activity. The passing of the C-218 Bill will remove a ban on single-event sport betting slips and move a huge chunk of this money into taxes, which in turn are moved towards other essential sectors.

The minor modification of the Criminal Code will also make it easier for official bookmakers and casinos to assemble and continue their activity in an environment with less pressure and potentially a higher pool of clients.

Fun fact: The province with the most physical casinos from Canada is Ontario, and the areas you can visit for gambling are Niagara Falls and Windsor.

It would also be an advantage for the local and federal governments because the passing of this Bill will not bring extra costs to the authorities or operators. Actually, the results will be the opposite because high sums of money will circulate in time.

This is not the first try

A Conservative MP from Saskatchewan, called Kevin Waugh, tried in the past to allow single bets on sport and athletic events for the same economic reasoning mostly. Unfortunately, that try was cancelled, and the act did not pass through.

The opposing parliament members considered that being more liberal with sports bets would hinder fairness in the matches. Even though casino corporations and professional sports associations favoured the act, the opposition won that time in fear of match-fixing.

The Canadian Gaming Association was also favouring both the old proposal and the new one. They have been gathering information on the black-market spending over the years and pointed out their risks early on through constant updates.

This first try to liberate the betting market has its roots in Canada’s broader history of gambling that spans around 500 years in the past.

Canadians love betting on U.S. competitions. Few things are as thrilling as the NFL. In the 2020-2021 season, a shining star of the North, The Green Bay Packers, flipped over predictions and shocked the industry.

They were on the podium of teams thought to have a real chance to win the championship.

Until this recent parliamentary development, Canadians could only use offshore sites to make a profit off the Packers’ tour de force. This meant no money in tax and slight dangers of a chancy licensing. But now, they can use the great stats of the Wisconsin boys and bet on single matches.

The next NFL season will result in much more significant sums on bets at the end of the year. Canada can now show its full potential as a fan of athletic competitions and bets.

This section will explain its statements briefly, and we will expand on the consequences of them taking effect.

The Bill in question is open publicly to anyone online on Canada’s official parliament site.

Sports betting on one single event (match, fight, race, etc.) will be fully legalized, as long as the organizing body of the bookmaking is any of the following:

As long as the bet will involve just one sports event, different schemes are accepted, from normal bookmaking to lotteries and such. This is a decision that each bet conductor will take.

One notable supporter of this change is Doug Ford, the in-seat Premier of Ontario, a province with many brick-and-mortar casinos. His arguments note that only the Ontario Lottery and Gaming Corporation managed such events in the past. This, by consequence, created a monopoly and a lot of strain on the Corporation’s employees.

With this liberalization, both issues he brought up will eventually fade away and allow other bodies to grow and keep the cash flow moving. Of course, the opposing voices claimed that these changes are too permissive and they will affect the 2021 budget of each province.

The law is expected to change in the spring months of 2021.

The idea is not new, and many notable sportspeople favour it. Some notable figures are Adam Silver, the current National Basketball Association Commissioner and Gary Bettman, the in-seat Commissioner of the National Hockey League.

Other worthy mentions include Rob Manfred from Major League Baseball and Don Garber, Major League Soccer Commissioner. Obviously, professional sports leagues will benefit from the attention and money they will receive.

In February of 2021, a second reading of the act in the House of Commons ended in an overwhelming majority favouring single-event betting, 303 votes against 15. The following steps involve a thorough investigation by the Justice experts and a final OK from the Governor-General.

Betting enthusiasts will be thrilled to see that they now can make the same types of bets on Canadian sites. With a much safer environment and ease of transactions, particularly when it comes to cashing out.

However, we recommend that our Canadian players understand how player taxes work. Hence, no misunderstanding appears when they engage in different gambling activities.

How will these move forward?

In the House of Justice phase with the given committee, members can propose changes to the draft text for a final form that the Governor-General puts forward as a functioning piece of legislation.

The Canadian industry is waiting for the passing and enforcement of the act, hoping that it will coincide with the start of the NFL season, somewhere around the end of the summer or the first month of fall.

This Bill will affect a wide variety of domains, so it is better to be prepared and have all the facts with you. We will walk you through some topics, including the following:

The market is similar to the U.S. since all the provinces regulate the status of mobile betting independently, just like any American state has its own rules. In Canada, as of the moment when we wrote this article, only Alberta is behind on sports bets. The others have some control over the issue.

Even so, the demand for mobile casinos is not so high, which creates certain disadvantages. A prominent one relates to the odds that are not in favour. Another issue is mild competition, which makes a problem both for the bettors and the market itself. Of course, becoming laxer with what is allowed will solve both of these.

We predict that the trends that will follow after the Bill is passed will be based on the already existing fan groups. As we all know, hockey reigns supreme in Canada, with millions of citizens tuning in and watching the matches as they unfold. Some other favourites include:

In fact, Canada has a lot of similar preferences with its Southern neighbour, the United States of America. This similarity and the closeness between the two will probably extend the effects of a more open market.

What will this change bring?

Predictions claim that Ontario’s most extensive local market could rival the existing ones in the U.S., like New Jersey, for instance, with ease in a few years.

Other predictions bring up the question of geographical proximity. The prospect of legal betting will attract residents of New York and Pennsylvania. This way, they will be able to take part in their favourite competitions with their beloved athletes.

The Canadian Gaming Association supports the claim that more opportunities for sport-related wagers are in high demand. This is considering the amount of money is sent to offshore websites each year within Canada’s territories.

A short Q&A on sports bets

Let us give you some brief answers on the most discussed topics of Canadian sports wagers. If the trends keep expanding and new questions arise, we might make edits to our text and bring forth the essentials.

How many Canadian sports betting sites are there?

At the moment of us writing this article, there were 16 official Canadian websites dedicated to sporting events and the adjacent wagers put upon them. Each operates in different provinces and is regulated by the respective authority.

If you are unsure what institution is in charge of your bets, we prepared a comprehensive table on our information page about legit Canadian online casinos. This is a resource we created for you to get a clear image of licensing, safety, and fairness of Canada’s top industry giants.

Yes, if you choose any licensed site, you will be able to engage in regulated bets, with fair terms and conditions by your side.

Of course, some are better in quality than others, but that is for you to decide the best option for you. Your choice should depend on the wagering requirement and cash out processing time.

What bets were accepted before C-218?

At the beginning of the 1990s, Canada made the decision to allow sports bets only in the parlay format. This entails that one single bet is allowed, but the outcome depends on all the other bets placed on the same event. Thus, the potential payoffs are much higher than in different configurations.

There was another attempt to allow more bets between 2012 and 2015, with the debates on Bill C-290. Even though the House of Commons passed it with 100% approval, that act did not pass the Senate. Until recently, the effort was dropped then and there.

What sports can you place a bet on?

That depends on the bookmaker and their choices. Indeed, you are and will be able to make bets on any of the popular sports in Canada (please see the list in the previous section). Still, we hope that more and more opportunities will arise.

Fun fact: Gamblers can currently place bets on beloved Canadian sports like curling and lacrosse, even if the international market does not integrate those in the top options.

Bill C-218 will bring a lot of positive change in the domain of sports betting for Canadian residents.

For the bettors, that means more diversity regarding what they can choose. For the bookmaking businesses, it means a much-needed extension and business flourishing. And finally, for the Canadian authorities, it means a break from monopoly and more money towards other sectors through taxes.

We will see you in our next article. Until then, gamble safely!