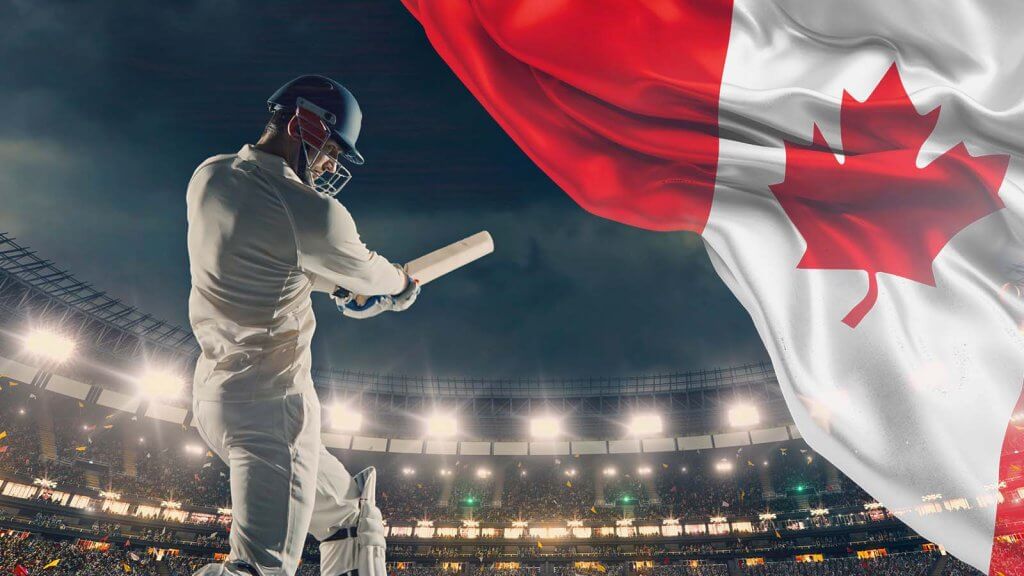 Here’s a list of the best Canadian cricket team players and their achievements that we have put together for you!

Canada cricket team consist of not only Canadians but expatriates from other countries who have a successful history of cricket as well. We took into account their achievements and entire career and compared them, using quality standards in same exact way we rate top online casinos Canada or the best sign-up bonuses.

Abdool Samad, also known as Birdie, is one of Canada’s cricket team players born in Guyana on 3 May 1979.

Being an all-rounder, he was an effective player in the team as a medium-pace bowler and wicketkeeper.

Ashish Bagai, born on 26 January 1982 in India and moved to Canada at the age of 11, is a right-handed batsman skilled in wicketkeeping.

He is popular for his ability to penetrate gaps in the field. He left the cricket profession for his banking job in London city in 2009.

Henry Osinde is a professional cricketer born on 17 October 1978 in Uganda.

He is a right-arm medium-fast bowler and a right-handed batsman.

Osinde was a part of the Canada cricket team in 2011 when Canada played in the 2011 Cricket World Cup.

John Davison, nicknamed Davo, is a professional cricketer born in Canada on 9th May 1970.

Being a right-handed batsman, he could hit long boundaries and thrash any bowling lineup, and his bowling style was right-arm off-break.

He was the captain of the Canada National team for the ICC International Cup in 2004 and continued his captaincy until 2007 when Canada national team played the 2007 World Cup.

Suni Dhaniram, born on 17 October 1968 in Guyana, is an all-rounder and the former captain of the Canada cricket team.

He made his appearance in the Canada cricket team in 2003 as a middle-order left-handed batsman and slow left-arm bowler.

Navneet Dhaliwal, born on 10 October 1988, is an India-born right-handed batsman in the Canada cricket team.

He was a part of the Canada squad for the qualifying tournaments for the 2019 World Cup and was the leading run-scorer.

Navneet received the Canadian squad’s key player award in 2019 from ICC. He was named captain of Canada’s squad for a range of tournaments, including T20Is and other List A and T20s from the year of 2019 to 2021.

The 31-year-old Rayyan Pathan started his cricket career in 2013 when he joined the Canada national cricket team as a fast-medium bowler. He was a consistent player in Canada’s Under 19 tournaments.

Riswan Cheema is a Pakistan-born Canadian cricketer who was named captain of the Canada cricket team. Being an all-rounder, Cheema is skilled both in batting and bowling.

Dillon Heyliger is one of the best Canada National Cricket team players, born in Guyana on 21 October 1989.

He has played for Toronto District Cricket Association since 2014 and then was a part of the Montreal Tigers in 2018.

Dillon is popular after he took five wickets in a single innings in the match against Denmark held in 2022 as a part of the Canada Cricket World Cup Challenge League.

Joe Harris, skilled in off-spin bowling, is an India-born Canadian cricketer. He launched his cricket career in the late 1980s and soon became a national player.

He is capable of taking wickets in crucial times; therefore, he is one of the most effective team players for the Canada National Cricket team.

Harris was the captain of Canada’s squad for the 2003 World Cup held in South Africa and led to the victory of Canada in the opening match against Bangladesh.

We have selected the above players mainly based on their contributions to World Cup as well as other international and domestic tournaments.

While considering the Canadian players, most of them were expatriates from other countries like India, Pakistan, Kenya, and so on.

However, you can see that all these players are totally dedicated to the Canadian cricket team by profession.

Can you bet on cricket using our ranking?

Yes, about 40% of the sites on our real money casinos list accept bets on current cricket games and tournaments.

This list is based on the thorough research that our experts from CasinoBonusCa have used when making predictions, analysing casino bonus sites and their rewards and making casino reviews in depth. You can use our suggestions regarding the selection of players here without any hesitation.

Who is the best Canadian Cricket Player?

Although the opinions are divided, many acclaims Ashish Bagai as one of the best Canadian Cricket Team Players of all time. Aside from being an amazing batsman, he also holds the world record for best average and most runs.

Who is currently the first cricket team in the world?

By the latest ranks published by ICC on the Christmas Day of 2022, Australia currently holds the first place with a total rating of 130.

Who is the best cricketer in the world?

The title of the best cricketer in the world is held by Sachin Tendulkar, nicknamed ‘The God of Cricket’ and who plays as a batsman for India’s Cricket Team.