How to tell a winning lottery ticket without scratching it 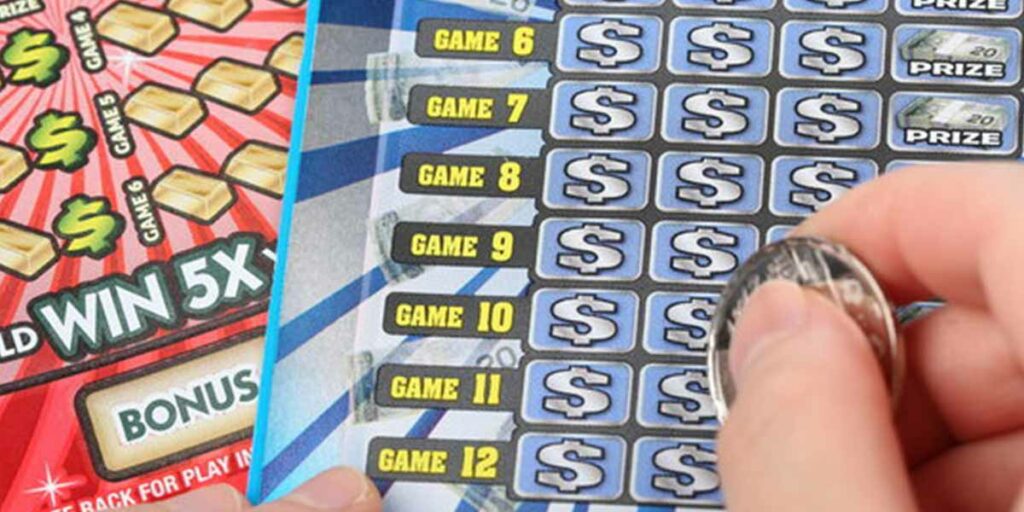 Compared to other casino games, such as Online Roulette or Online Blackjack, a lottery is a form of gambling based purely on luck. Similar to playing bingo, your skills and experience do not play a role in hitting the big win. However, we all wish we could tell which ticket is the winner before even purchasing any. While this may sound impossible, many players have developed strategies and rituals that they believe could offer them higher winning chances. Let’s see what they are and if they work!

Lottery – how does it work?

Before we get started on how you may predict which ticket is the lucky one, we must talk about how the lottery works.

The state runs many of these lottery games, but online casino sites may also run their own completely legit and fair games, fully regulated by the authorities in charge. Find such websites on our Online Lottery page, along with information on how it works and how to maximize your winning chances.

Whichever you decide to play, you should know that they work by the same principle and have the same mechanics:

Then, these are sent to different stores where you can buy them from. When you find a lucky ticket, the store clerk will scan the barcode, and verifies it with the lottery’s database, and once they see the ticket is indeed a winner, they pay you your prize.

Some people do not even scratch off the tickets, they just scan the barcode since all the information on the winning tickets is already predetermined and saved into the lottery’s database.

With such a complicated and highly secure system, how could one find the winning ticket without buying and scanning it? Let’s see what methods players have found!

How to tell a winning ticket from the rest

Every lottery player wishes they can tell which ticket is a winner and which is not. There are many strategies players have developed over time, and they swear by their success. Others put their trust in rituals such as carrying a lucky charm when buying your tickets or only buying them from a specific place or at a certain hour.

From the man who was able to tell if a ticket is a winner in less than 45 seconds to the man who won the lottery seven times and some unusual winners, we are about to analyze their stories and see if their methods work!

Mohan Srivastava is the man who could tell if a lottery ticket is a winner in under 45 seconds. He was a geological statistician living in Toronto, and his case goes way back to 2003. His job consisted of examining samples from gold mines worldwide and, even if it may seem unrelated to the subject, it did actually play a significant role in his discovery. He realized he could use his professional knowledge to crack the lottery code.

He had previously bought a few lottery tickets, and the first one was a loser, which added to his mistrust in all lottery games. The second one, however, brought him C$3, which did give him some hope. Then, he realized that he doesn’t have to scratch off the ticket and that he may be able to discover the winning tickets just by having the background knowledge.

After some thorough thinking and planning, he concluded that travelling to different stores for tickets would be more like a full-time job that would bring him around C$600 per day. He quickly discarded this option as he also figured out that the Ontario Lottery and Gaming Corporation would not take long to catch up to what he is doing. Instead, he decided to let them know the game is flawed.

He went to the lottery headquarters and exposed his findings, but the corporation did not show much interest, which left him irritated. He then proceeded to sort out 20 tickets in two envelopes without scratching them off, one containing the winners and one the losers and sent them to the corporation. He got 19 right out of 20.

Upon receiving the envelopes, Rob Zufelt, the corporation’s head of security, phoned Srivastava, and the game was pulled from retailers. But how did he do it? How did he get 19 right out of 20? The trick is simple enough that he then taught his 8-year-old daughter how to do it.

Srivastava’s method goes as follows. Every ticket comes with eight tic-tac-toe boards, and the 72 spaces on the boards contain numbers from 1 to 39. This means that some of the numbers were repeated multiple times, while some only appeared once.

Mohan Srivastava concluded that he could tell whether or not a ticket is a winner by looking at the number of times each digit appears on the boards. He categorized the numbers by frequency instead of looking at a completely random sequence of numbers. He then found out that when three singletons appear in a row on one of the boards, the ticket is a winner.

The statistician soon discovered that this is not just an Ontario problem, as he began looking at other tic-tac-toe games in Canada and the US. He asked a friend that was living in Colorado to send him a few tickets, and quickly enough, he spotted the winning ones with a 70% accuracy. He then cracked the Super Bingo game sold in Ontario in 2007 also with a 70% success rate. This game was also pulled off from the market even if the Ontario Lottery stated that it did not have the same flaws as the tic-tac-toe one.

Could what Srivastava did be done again? We are sure it could, and with a bit of work and some background knowledge, you can be the one to do it.

You have to be incredibly lucky to hit the big win when playing the lottery, so how lucky should you be to win seven times? The man who can answer this question is Richard Lustig, an American man based in Florida. Here are his seven winnings:

The serial lottery winner quickly gained media attention and started becoming popular in Florida. He even accepted invitations to appear on various TV shows and talk about his winnings. Seeing the public’s interest in his technique, he decided to write a book containing tips and tricks to win the lottery. The book became popular even outside of Florida, and in 2003, it held 3rd place in the best-selling self-help books.

Some of the tips he mentioned in both TV shows and his books include:

Some of his tips are not backed by any logic or research, so many have stirred controversy among lottery players. However, without any other explanation for his luck, many players still decided to follow in his steps and use his recommendations.

While Mohan Srivastava and Richard Lustig have come forth and talked about their methods and experience, other unusual winners did not want the attention. Here two of the more notable cases:

Can you spot the lucky ticket?

Now that you know the stories of different types of winners, can you replicate any? While some of the winners may have simply been incredibly lucky, others such as Srivastava did crack the lottery code. This may still be possible with the physical tickets, but it is very unlikely to also be possible for the online draws. Tickets are continuously created and randomized, and they do not follow any pattern. However, these stories are truly inspiring, and you should try your luck regardless. You never know which day might be your lucky one!